The History of Kit and Jim Sabel’s

Branch of the Family

Exactly as with Hannah and Louis, Kit (Louis’s sister) and James (Hannah’s brother) were first cousin Sabels, who grew up next door to one another in . Kit never spoke much about the early years, but James (Jim) worked in the booming cinema industry and became a fairly senior person in Stoll Theatres (which continued to operate under that name until maybe 20 years ago), with a number of cinemas under his management. 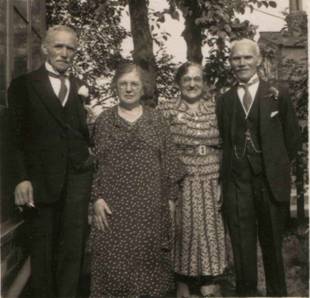 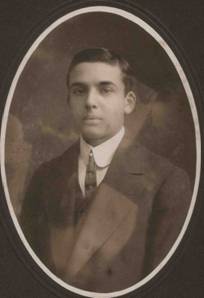 Joan was their first child, born in 1921, followed by Clive in 1924 and later, by David. During this time, the family moved around the region a fair amount, as Jim’s responsibilities changed, but ended up in Croydon, . By the start of 1940s, Jim was suffering from heart disease and he died suddenly while giving evidence during the trial of someone who was accused of stealing money from Stoll.

The family doctor who treated Jim Sabel was Dr. Ansel Fry, whose son John was training as a doctor, and he married Joan in 1944, and did his national service as a navy doctor in a hospital in Croydon. Clive served in the 7th Armoured Division in the liberation of Europe and remained for a while in the army of occupation in after the war. David was still at school during the war.

Kit had to take a job after Jim’s death and became a secretary in the Civil Service and bought a flat in Croydon, where she lived with David. She remained in Croydon till her death in 1980.

Meanwhile, Joan and John Fry had two children, James and Dimity, born in 1946 and 1947, respectively. John was a general practitioner in Beckenham, near Croydon, and Joan helped with the practice (which was in their home) and was very active with Synagogue. John became one of ’s most distinguished GPs.

Clive married Sonia Shine in 1953, whose father Harry Shine was one of the senior officials in the JPA, and so knew Harry Sabel well. Sonia and Clive met through Margaret Fry, John Fry’s sister. Clive became a librarian at Harwell, Britain’s leading atomic research station, near Oxford, and they first lived in a very old house in the centre of Oxford, and the old City wall ran through their basement. They had three sons, Jimmy (year of birth, 1954), Colin (1956) and Kenneth (1962). Clive was a born politician and became a town councillor in Abingdon and Wallingford, where they lived, helping to establish a large Labour Party group on both councils, where there had been little or no representation before. He stood as a parliamentary candidate in 1966 for an unwinnable seat (Bournemouth East and ) and his nephew James and a number of students from went to canvass for him.

Clive died young from cancer of the pancreas in 1968, leaving a young family, and Sonia, who spoke many languages fluently, became a teacher at . By the time of Clive’s death they had moved to , slightly closer to on the River . Jimmy studied mathematics at Oxford University and after getting his MSc from Imperial College London joined the Civil Service Department, working at the Home Office and the Treasury, which should have been the start of a very promising Civil Service career. Very sadly, he developed a degenerative form of heart disease from which he died at the age of 30.

Colin went to and later to art college. After Jimmy died Colin was diagnosed with schizophrenia and returned home to live with Sonia in . After Sonia’s death in 1994 he moved into a smaller house near the river in and he still lives there, but is more or less housebound.

Kenneth married Maria Holt (and they will both be present at the reunion). Kenneth works as an archaeologist, specialising in historic buildings and landscapes and Maria, an artist, then a playwright, has just been awarded her PhD in politics.

Joan suffered from the same heart ailment as her father and eventually died in 1989. John then remarried, marrying Trudie Amiel (an old family friend who had recently been widowed), a re-marriage that Joan actively tried to bring about. John died in 1994.

James (Fry) married Susanna Pressel (who will be at the reunion) and they had two daughters, Xanthe, born in 1970, and Abigail, born in 1972. Both James and Susanna were university lecturers in . When they returned in 1975, Susanna became a modern languages schoolteacher, and was head of department in a large comprehensive school. She became a Labour councillor in in 1996 and has just become Deputy Lord Mayor of the City. James first taught at Oxford University, but then founded an economic consultancy, which is based in Oxford, where they live.

Xanthe (who will be at the reunion) studied English at and then did an MSc in Health Education at . She has lived in ever since and married Neil Robertson in 1999, but recently they separated. She specialises in working with people with drugs problems and, having worked for a while with teenagers, is currently working as a counsellor with adults.

Abigail (who is in for a year and so will not be able to join us) studied medicine at , , and became a GP, like her grandfather. She married Oli Rahman, a paediatrician, now working as a Flying Doctor in . Their son Zia was a year ago in , where they will return in August.

Dimity married Mick Dawson, a doctor, but they divorced after having two sons, Charles (born in 1966) and Oliver (born in 1970). Dimity, who lives in Bromley, Kent, studied education at Goldsmiths College, London, and is Early Years Manager at a primary school in Lewisham, London. She will be at the reunion, but her partner, Mike Page, a former university teacher, is unable to do so.

Charles studied Engineering at University, and then joined the world of advertising and marketing, originally with Saatchi and Saatchi. He now runs his own firm, The Foundation. He lives in , , with Nicola, who works in market research, and their three children, Gina, Josh and Millie, born in 1995, 1997 and 2000, respectively. They will all be coming to the reunion for the day on Saturday.

Oliver studied at the and now works for “Awards for All”, distributing Lottery money to a wide variety of recipients. He lives in Streatham, , with his partner Rachel and they will both be at the reunion.

David married Beryl Harris and their two children are Andrew (born in 1969) and Rachel (born in 1972). David worked in local government as an officer for the Greater Council and Beryl was a teacher. They lived in , near Beryl’s parents, but David had a stroke and died in 1989.

Beryl, who now lives in Felixstowe, in , but will be in the at the time of the reunion. However, her children Andrew and Rachel will be joining us. Andy currently works as a project information and communication administrator at a community centre in Bristol and is planning to move to Spain in the near future with his partner Mariola (who will not be able to come to the reunion). Rachel works for Camden Social Services as a Team Manager and lives in North London with her partner Leslie, who is a Road Crossing Attendant.